You are here: Home1 / About2 / History of NSWRA

The earliest record of amateur rocketry in New South Wales is an article by Chris Vines that appeared in the March 1965 edition of Model Rocket News. The article reports on a competition launch organised by the National Rocket Club of Australia. The launch was held in the suburb of Leameah, approximately 40km south west of Sydney. The article includes this photograph of club president Brian Watson using a tracking theodolite. We don’t see many of those at launches these days. A copy of the article can be viewed here. 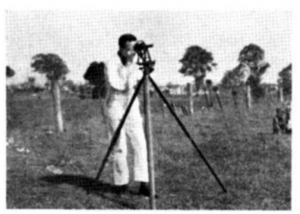 Thunder Down Under Rocketry Club

As Australia moved on from the freedoms of the 1960s firework regulations came in force and rocket motors became heavily restricted. In the 1980s and 1990s the Thunder Down Under Rocket Club operated in NSW. This informal organisation was linked to company that imported rocket motors.  Thunder Down Under was a regular feature at public shows such as the Eastern Creek Recreational Activities Show and the Richmond Airshow. It’s rumoured that these shows had broad insurance policies that helped to facilitate launches that might otherwise have been restricted by the fireworks legislation.

The formation of NSW Rocketry Association

Fast forward to mid 1997 and a historic meeting is held in Parramatta town hall. Attendees included Peter Berg (of Berg’s Hobbies), Neville Fraser and his daughter Vikki, Tom Matley and David [Surname: Boyd or Parkin]. The outcome of that meeting was the formation of NSW Rocketry Association. The inaugural committee include Tom (President), Neville (Vice President), David (Treasurer) and Vikki (Secretary).

Launch Sites Past and Present

Aqualina Reserve – The club’s first launch site was what is now called the Aqualina Reserve near Rooty Hill in Western Sydney. The club launched there until the site was redeveloped into a softball complex for the 2000 Sydney Olympics. Sadly rocketry didn’t make it into the Olympics.

Doonside – After the loss of the Aqualina site the club moved its regular launches to Doonside in Western Sydney. The club enjoyed many launches there until 2014 when the site was sold.

Parraweena – In 2008 the club organised 2 launches at Parraweena, 4 hours North West of Sydney in an area known for its wide open cattle farms.

Whalan Reserve – In 2014 the club began Low and Medium power launches at Whalan Reserve, near St Marys in Western Sydney. This site continues to host the club’s most regular launches.

Mullaley – With Whalan launches restricted to Low and Medium power rockets the club needed a second site that could accommodate larger rockets. After an extensive searched an agreement was reached with a farming family in Mullaley, near Gunnedah. This agreement and the ongoing relationship with the family provides the club with access to a very large, flat and mostly tree-free farm – perfect for launching and recovering rockets. 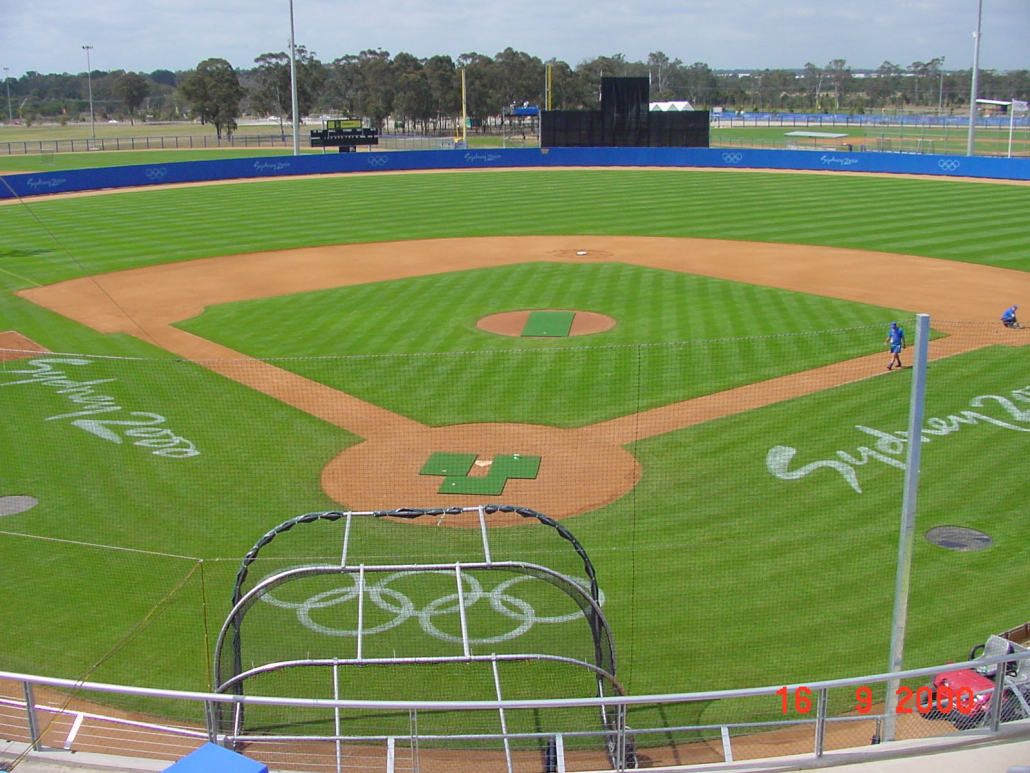 The last launch at Doonside (February 2014).

A brief history of the NSW Rocketry Association Inc in Blacktown.

The NSW Rocketry Association (NSWRA) was formed in 1997, with the purpose to operate and maintain a rocket range based on internationally acknowledged safe practices and in accordance with local laws and regulations, to promote safe model rocketry in NSW, and to hold meetings for the purpose of educating, aiding and encouraging those interested in rocketry.

NSWRA started flying small model rockets at what is now Aqualina Reserve. With the development of this area for the Olympic Games in 2000, the group moved to the old Overseas Telecommunication site (OTC) at Doonside, and continued to conduct launches at that site when the area came under the control of the Western Sydney Parklands Trust. As the Western Sydney Parklands Trust began development of the area now called Bungarribee, discussions were held with Blacktown City Council who were able to offer another launch site. NSWRA launched their last rockets at Bungarribee on Saturday 22nd February 2014, relocating immediately after to the southern end of Whalan Reserve.

I had a model rocketry supply business called Cognis Aerospace, and was a member of the new ARA (v1.0).

I organised through Peter Berg a meeting of any interested people at Parramatta Townhall in mid 1997 and we formed the club. Because I had a business interest I refused the presidency, taking VP to Tom Mattingly with a David as the Treasurer and my daughter Vikki secretary (from memory).

We flew at Aquilina until the softball [baseball] field for the Olympics meant a move.

I did end up as president when I closed CogAero in 2002, and had to let my membership lapse so that I could avoid getting elected- so they put in a position of Senior Advisor and made me take that!

Assumes this is Troy Prideaux

I’ve had the good fortune to both attend and participate for both NSWRA club events and experimental research activities at Doonside back in the late 90s with PK, Neville Fraser, Mike (Chopper) Limpus and Tom Matley. It was a very active and prospering club back then as I’m sure it still is. I truly hope the club finds(or has found) something just as great to continue its evolution to the next stage.

Hi Derek,
There was a ‘club’ called Thunder Down Under. It was a marketing device used by the person who at the time was importing motors into Australia. I ran a cross them at a Sydney Recreation Activities Show held at Eastern Creek Racetrack around ’95.
They didn’t launch at Doonside like NSWRA did. They tended to take part in other (public) events, for example, Richmond Airshow. I think it was a way of side-stepping insurance. They had a number of HP motors and models on display. Guy in charge had a closed trailer which he took around to events.
(Seeing TDU was what got me started again, as in the interim (70s to 90s) rocket motors were banned as fireworks. I take my hat off to whoever got that ruling changed, but I can’t name them.)
Don’t really know what happened to them. Dawn Trading took over importing motors and kits, and I put on the suit and talked to a few local councils. Blacktown was the only one willing to be supportive, and the Council Recreation Officer even drove us around looking at potential sites, leading to Aquilina Reserve.
Way before this, Chris Vine was the importer, based out at Campbelltown/Minto. He started NAR Australia and helped us start my first Club, Merrylands Area Rocketry Society (MARS). That was back in the ’60s. Parramatta Advertiser ran an article about it. At it’s peak it had about 12 members, all teens, and flew in the open fields that became the M4 between Merrylands and Westmead.
MARS did a demonstration launch at the Westmead Boys home Open Day. One rocket got hung up on the goal posts, and some guy climbed right up to get it down.
There is an article in Rocketry Magazine from around then (June, 1969) about the Australian Nationals held at Hexham. I only mention this because Chris turned up out of the blue at Doonside a few years ago with photos. He said “I’ll bet none of you have ever seen a B14-7 motor”, holding it up for all to see. I said “I have, and it was one of my favourites!”. He joined the club, but we only saw him once more.
There was also a club in NT around then, and in on way  or another they have been flying most of the time, in association with scouts, I think.
Coming back up to more recent times, I worked hard on the NSW Dept of Ed science people to get rocket motors approved in schools, in the Chemical Safety in Schools document, limiting them to A-B sized. Not sure what the current situation is with that.
Australian Air Cadets (not Air League) also had a club-like thing going in the late 90’s, from memory, but we never intersected.
Hope that fills some gaps!
Still hunting some photos from Aquilina to send you. They’re lurking in boxes unopened from our move down here.
Cheers,
Neville F
From newsletter:
After much careful thought and discussion, theNSWRA committee has decided to de-affiliatefrom the ARA as of the 26th February 2010. Inaddition, the NSWRA has sourced separateinsurance. More information regarding thesechanges and your ARA memberships will beprovided shortly.