You are here: Home1 / Beginner’s Guide

So you want to get started in the wonderful hobby of model rocketry?

Great, we are here to help.

We always recommend flying rockets with a club. Club launches are awesome for beginners because:

Many beginners are tempted to buy a Rocket Starter Kit. But these kits include a launch pad and launch controller that you won’t need if you fly with a club. 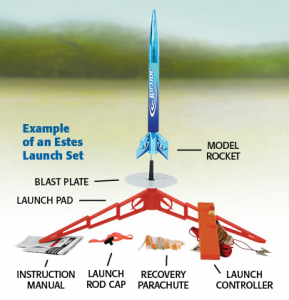 Before buying a Rocket Starter Kit consider if you need the launch pad and controller.

To get started launching rockets with NSWRA you only need 2 things:

Below we look at the key rocket components is more detail and explain how to prepare and fly your rocket.

Components of a typical model rocket.

Rocket kits are classified based on how difficult they are to build. If you have no previous experience building models then the Estes “Beginner” rockets are a good place to start. The fins typically come attached and often the tubes are pre-finished, so no painting is required. You may need some glue, but no specialist tools.

If you have some experience building models then you may wish to consider Estes “Intermediate” rockets or Quest “Skill Level 1” rockets. These rocket kits require some basic construction techniques, some basic tools, glue and paint. 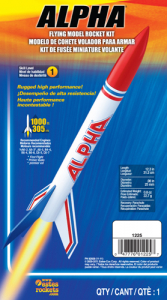 Estes have been producing the Alpha rocket for more than 50 years and they claim millions of people have flown it as their first rocket.

Beginners typically start with rockets that fly using A, B or C motors.

This may all appear a little overwhelming, but the good news is rocket manufacturers will provide you with a list of motors that work well in the rocket. So follow their advice and you should have a good flight.

Motors typically come in packs of 2 or 3.

If you want to get a deeper understanding of rocket motors codes then this Apogee newsletter or Apogee video provide lots more information. 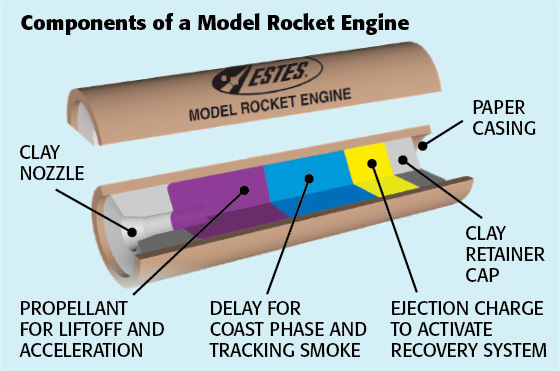 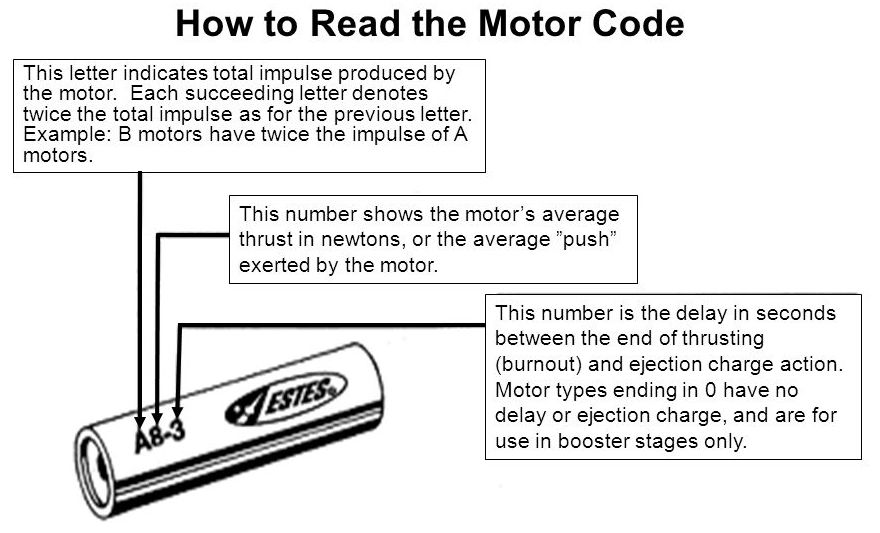 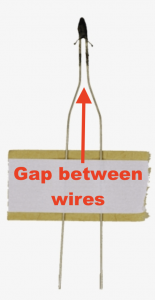 Ensure there is a gap between the igniters wires. If the wires are touching the igniter will short and won’t light your motor. 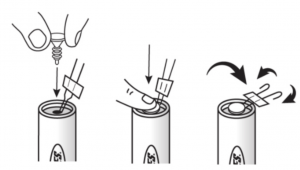 How to install an igniter in a rocket motor.

The motor’s ejection charge creates a small explosion that pressurises the rocket’s body tube. This pressure forces the nose cone and parachute or streamer out of the body tube.

We use recovery wadding or dog barf to protect the parachute or streamer from the hot gases of the ejection charge.

Recovery Wadding – A tissue that has been treated to make it flame resistant. It looks a bit like toilet paper.

Dog Barf – Flame resistant cellulose roof insulation. Often used as a cheaper alternative to recovery wadding. NSWRA provides a small amount of free dog barf for members to use at each launch. 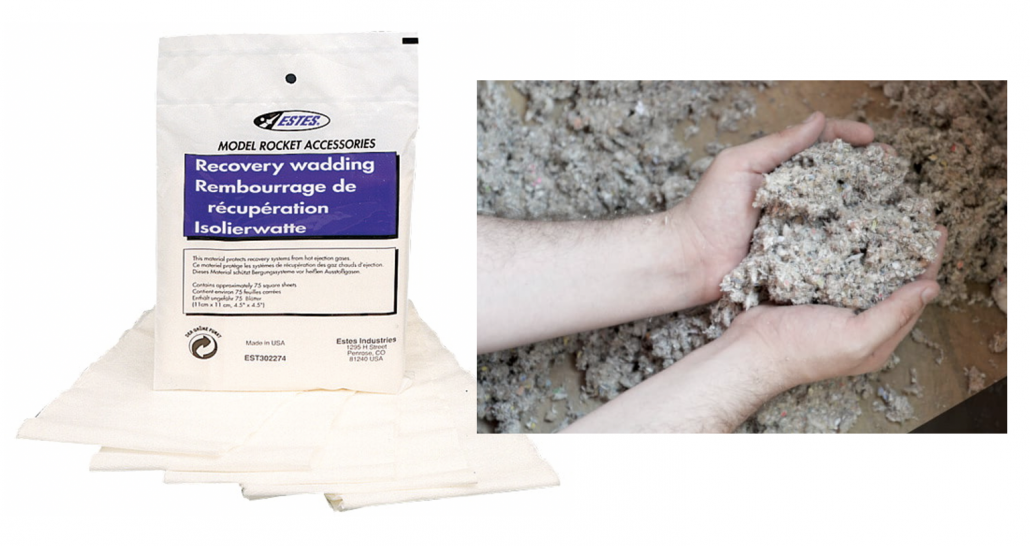 Most rocket kits include a parachute or streamer that is ejected from the rocket to slow its descent.

It’s important to pack the parachute or streamer carefully so that it doesn’t get stuck inside the rocket.

There are lots of different techniques for packing parachutes, but we found this that this technique works well. 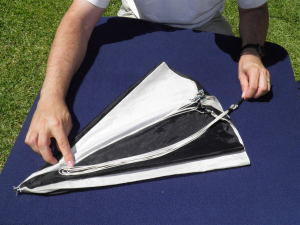 A well packed parachute will significantly increase the chances of you recovering your rocket safely.

Experienced members of NSWRA volunteer at each launch. The key positions are: 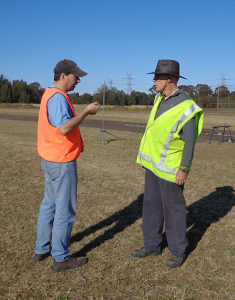 Preparing your rocket for flight

If you follow these simple steps hopefully you will have a successful flight:

Setting up your rocket on the launch pad

Congratulations you have successfully completed your first flight! 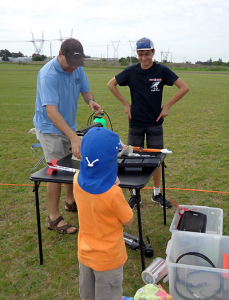 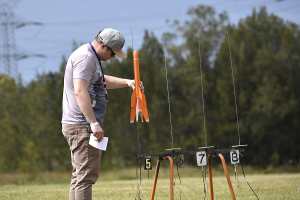 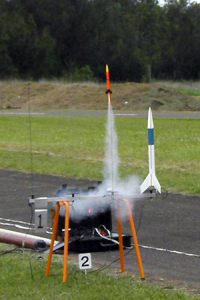 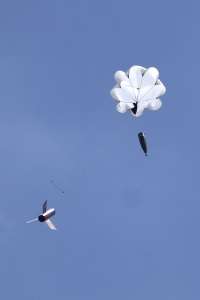 Many hobby shops sell rockets and motors, but here’s our suggestions to get you started:

Alternatively rockets and motors can be purchased on Ebay or Amazon, but postage can be expensive. 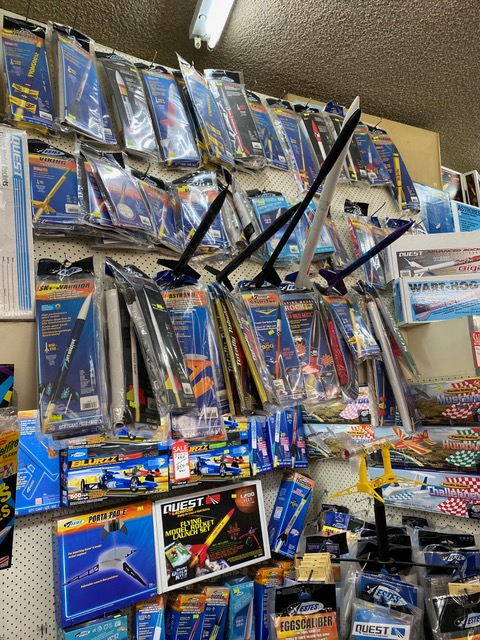 Large selection of rockets at Berg’s Hobbies in Parramatta.